Martin Muench was born in Frankfurt, Germany. He received his diploma at the University of Mainz where he majored in music pedagogy with outstanding grades in piano performance under the guidance of Monica von Saalfeld. He continued his studies at the Ferienkurse di Weikersheim and the Contemporary Music Festival of Darmstadt. He has performed in 26 countries including Germany, France, Belgium, Great Britain, the Netherland, Spain, Portugal, Italy, Hungary, Japan, and the United States.
Martin Muench studied composing in Frankfurt with Professor Hans-Ulrich Engelmann and in 1992, he completed a degree in composition with Professor Wolfgang Rihm at the College of Music in Karlsruhe. Performances of his work include the Rhapsody for Clarinet and Piano at the Theater Colon in Buenos Aires and the Theater of Sao Paolo and his Second Concerto for Piano and Orchestra in Rumania. Several of his compositions have been broadcast by the radio stations Suedwestfunk Mainz and Sueddeutscher Rundfunk as well as on Suedwestfunk television and national TV Bulgaria.
Martin Muench is the founder of the Turn of the Century Society, a major cultural organization in Germany. Since 1994, he has worked on music therapy projects and research in Weinsberg (Heilbronn). He teaches piano as well at the University of Bamberg in Bavaria and is the artistic director of several piano festivals including yearly events in Heidelberg and Florence. 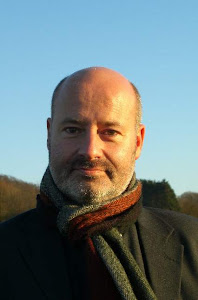